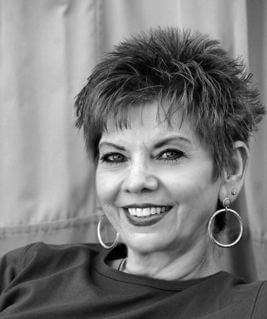 CINDY ERICKSON BAIZE was raised in the small Swedish community of Scandia, Kansas.  She came from a very musical family (the Erickson’s), she being the youngest of five children.

CINDY began performing publicly at the very young age of five – both singing and playing instruments such as the guitar, trumpet and piano.  In high school she sang and played guitar in a folk group called The Swedish Singers, who traveled and performed around the surrounding areas of her hometown.  She achieved eight gold medals at state contests throughout her high school years for playing the trumpet.

After graduating from high school at the age of seventeen, CINDY moved to Belleville, Kansas, where she began singing professionally in night clubs throughout Kansas and Nebraska with a group called Tommy’s Western Swing Band.

From Belleville, she went to college in Wichita studying to be a laboratory technician, however, still continuing to sing in night clubs six nights a week with a rock group called For What It’s Worth.     After completing her internship in Winfield, Kansas at the Newton Memorial Hospital, she moved to Salina, Kansas, where she sang with a country-rock group called Page IV.      She later became the lead singer for the Starlighters, who changed their name to Caravan.  For the next four years, this group was known throughout the area drawing huge crowds at their performances.  During this period of time, CINDY was employed at the Salina Clinic as a Lab and X-ray technician and, also, worked in chemistry at the St. John’s Hospital, both in Salina.

CINDY was married in 1974 when her name was changed to CINDY BAIZE.

In 1975 CINDY won the annual KFDI Radio Station Contest that was held at Joyland Park in Wichita, Kansas, and from there she entered the WSM Talent Search Contest in Dallas, Texas.

In 1977 CINDY cut a publicity album on the Blackwood label that made her very well known throughout the state of Kansas.

Nashville, Tennessee was calling her name and in March of 1979, CINDY and her mother moved there, leaving friends and family in Kansas.   She worked as a lab technician at Harding Medical Clinic, waiting for her first singing engagement to come along.  The first gig was at the Tudor Inn with the Cal Meece Show, in which she performed over the next six months.

CINDY began doing a single act with her guitar in 1980 and performed in some of the most prestigious places to play in Nashville, such as:

and Other Private Parties

CINDY was offered a contract with MAB Records which was owned by Charlie Brown.  Her first single record was “Would You Like Me to Love you Tonight” on the MAB label.  Before all recordings were completed, Mr. Brown passed away making the contract no longer in effect.

The producer of MAB Records, Greg Gann, changed over to FAWN Records, and CINDY’S second single record was cut with Zack Taylor in 1981 on the label  of that company.  This record was very popular in Canada.

CINDY sang with the following bands in Nashville:

She was also a contestant on ‘You Can Be a Star’ held at the Opryland Hotel.  Judges for this competition were Lynn Anderson and Little Jimmie Dickens with Jim Ed Brown as the Master of Ceremonies.   She also sang at the Best Western Hall of Fame, sharing a page of a Nashville Who’s Who newspaper with George Jones, Producer Billy Deaton and Elmer Fudpucker.   Jeff Cook from the group “Alabama” would sometimes accompany her at Happy Hour at the Sound Track Lounge.

CINDY traveled throughout Tennessee, Alabama, and Mississippi performing on the Ramada Inn Circuit, and from there to the Chicago area and Montana tour, hitting the civic centers in Butte, Kalispell, Missoula and Helena.

In 1990, CINDY was singing at Nert & Gertie’s Lounge in Knoxville, Tennessee, when she contracted mononucleosis making it impossible to continue her music career for the next nine months.  She went back to the medical field and moved to Arizona in 1995.  She made guest singing appearances around the Tucson and Phoenix areas until 2014, when she was connected with a management company, who, once again, changed her name to K C Baize.  She is still performing under that name in Phoenix, Scottsdale, Fountain Hills, and Mesa, Arizona.

A life-long dream of CINDY’S was to return home and perform at the Brown Grand Theatre in Concordia, Kansas.  For this performance, she has once again taken on her original name of CINDY ERICKSON BAIZE.

She has always loved the music world!  She brings with her an air of showmanship which never fails to generate electricity and enthusiasm when she takes the stage.  CINDY’S vocal abilities and her unique style always brings pleasure to an audience, and they want to come back and see her again and again.  When CINDY takes center stage, YOU WILL BE ENTERTAINED! 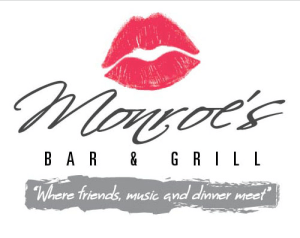 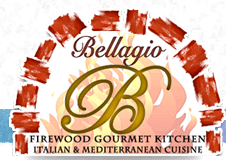